The 4L60e and 6L80 are both automatic transmissions made by General Motors. with the main difference between the two transmissions are their size, torque capacity, gearing, and how they’re both controlled.

The 4L60e is a heavy-duty transmission that was originally designed for use in large trucks and SUVs, while the 6L80 is a more recent design that is smaller and lighter, but still capable of handling high levels of torque.

Both the 4L60e and 6L80 are commonly found in larger vehicles such as trucks, SUVs, vans, and full size cars. While the two transmissions share many similar features and capabilities, there are some key differences between them that can impact their performance, durability, and suitability for different types of vehicles and driving conditions.

One of the key differences between the 4L60e and 6L80 transmissions is their size and weight. The 4L60e is a smaller transmission, with a total weight of around 135 pounds and dimensions of 30 inches in length, 11 inches in width, and 14 inches in height.

In comparison, the 6L80 transmission is smaller and lighter, with a weight of around 160 pounds and dimensions of 30 inches in length,  inches in width, and 10.5 inches in height.

This difference in fluid capacity can impact the overall performance and efficiency of the transmission, as well as the frequency of maintenance and fluid changes.

Despite both transmissions using different types of Dexron ATF, both can use Dexron VI since it is backwards compatible. However, you cannot use Dex III in any Dex VI required applications.

What Vehicles Are They Best Used In

One of the key differences between the 4L60e and 6L80 transmissions is the type of vehicle they are intended for. The 4L60e transmission is commonly found in medium-duty vehicles such as  half ton and smaller trucks, vans, and SUVs, where its size and weight are better suited to the vehicle’s capabilities.

The 6L80 transmission is also found in medium-duty vehicles such as sedans and sports cars, where its smaller size and weight can provide better performance and fuel efficiency.

Which Transmission is More Durable?

In terms of performance and durability, both the 4L60e and 6L80 transmissions are capable of being reliable and long-lasting (not as much for the 4l60e though depending on how it’s used and built).

Since both the transmissions are common in lighter duty vehicles they can certainly last a good bit as long as they are properly maintained.

This means that the 6L80 transmission has a wider range of gear ratios, which allows for better acceleration and fuel economy.

In terms of fuel economy, the 6L80 transmission is generally considered to be more efficient than the 4L60e. This is due to its wider range of gear ratios and its use of electronic components, which allow for more precise control over the transmission’s operation.

Additionally, the 6L80’s sixth gear ratio is slightly lower than the 4L60’s fourth gear ratio, which means that it can operate at lower engine speeds and reduce fuel consumption.

The 4L60e is a hydraulic transmission, which means that it uses hydraulic fluid to transmit power from the engine to the wheels. The 6L80, on the other hand, is a hybrid transmission that uses both hydraulic and electronic components. This allows for more precise control over the transmission’s shifting and overall performance.

While the 4l60e is electronically controlled, it is not nearly electrical dependent as the 6l80.

Because the 6l80 has more electronics, this allows for a lot more customization and parameters to tune with software that can change a lot in terms of shift performance.

Both the 4L60e and 6L80 are capable of towing within their weight range, but between the two, the 6l80 is a much better option.

The 4l60e is at a real disadvantage when towing anything more than a car on a trailer.  Since the 4l60e is somewhat inconsistent on its own, towing with it isn’t the best, especially as it ages.

Third, the 6L80 is equipped with a more advanced, electronically-controlled hydraulic system that allows for faster, more precise shifting and improved fuel efficiency. This means that the 6L80 can potentially provide better performance when towing heavy loads, especially when operating at higher speeds or in challenging driving conditions.

Ultimately, the answer to the question “which transmission is better, the  4L60e or 6L80” is it depend on the specific needs and requirements of the vehicle and the driver.

While the two are designed to be used in very similar cars and trucks, and many feel that the 6l80 is a modern version of the 4l60e, there’s really no comparison.

The 6l80e is a far more capable transmission in terms of reliability, BUT, it still has its flaws. 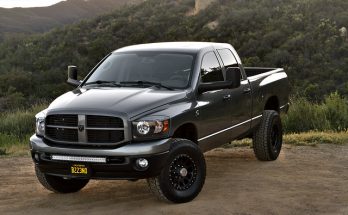 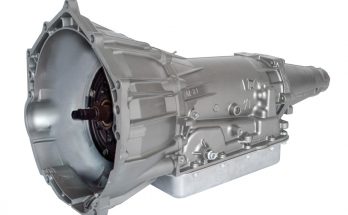 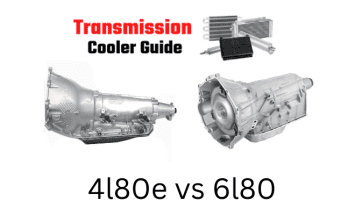